We all know luck is where preparation meets opportunity, no matter how small the opportunity. One day, nearly two years ago, a very prepared and talented designer saw an opportunity at a small, but promising agency. This turned out to be one hell of a lucky day for Quinlan.

Jillian's career began in New York City where she attended the Fashion Institute of Technology. No, it wasn't to design wedding gowns; she received her degree in Advertising and Graphic Design. She quickly joined the workforce by interning at Night Agency and took a position at Paper and Cup Design Studio. Fortunately for us, the call of her hometown was just too strong.

Jillian moved back to Buffalo and started at Quinlan as a part-time designer for our biggest client. In such a short time, her role has expanded and our entire agency has taken notice of Jillian's talent, drive and passion. Jillian jumped at the chance of becoming a part of the Ad Club's Board of Directors and quickly established herself within that group. Her attitude is infectious- in a good way-and she is the perfect personification of the Quinlan culture.

Jillian was instrumental in creating our internal brand style, and has received industry awards for a number of projects where she acted as lead designer.

Her design work is not only creative but measured and purposeful- attributes that reflect someone with much more experience. She takes her responsibilities very seriously and is one of the most reliable people we've ever employed. She takes direction exceptionally well, yet is able to articulately argue for what she thinks is best for the piece. Those who work with Jillian immediately understand her immense character and potential. We're proud of this achievement, but we know that it's only the beginning.

This award honors an outstanding young professional in the marketing and advertising field who has demonstrated great potential in his or her early years in the industry. Nominees must have five years or less of experience in the marketing and advertising field (excluding internships or part time employment while working on a degree) and have been an Advertising Club of Buffalo member for at least one year 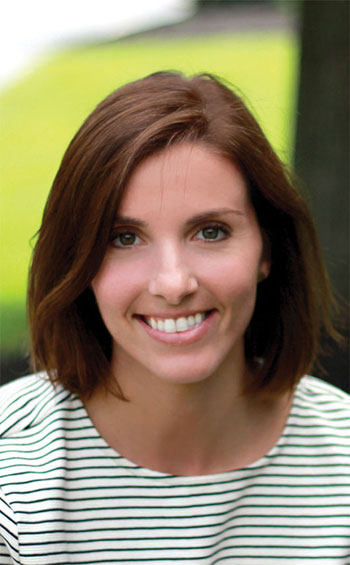