Our saintly teacher, Sister Donna Marie, took our class on a trip to WEBR-AM in Buffalo, NY.

The minute I walked into that radio station control room...BOOM! Everything changed for me.

I knew instantly my life would always include a microphone.

From securing my high school's first-ever broadcasting internship to hosting Dayton, Ohio’s #1 rated Saturday night request show on a 50,000-watt FM station while only in college, I’ve been behind a microphone almost ever since.

There I voice commercials, narrations and broadcast promos for clients like Amazon (AWS), Crest Toothpaste, iHeart Radio and Duracell Batteries.

In 2016, we O'Connells packed up our Conestoga wagon and ventured from our longtime home in Buffalo, NY to Raleigh, NC (near Research Triangle Park), where my Source-Connect equipped, professional recording studio today serves media producers world-wide.

L.L.BEAN National “Be An Outsider” ("Husband")

"Peter has a great ear and can both direct and produce great audio; I don't hesitate to recommend him as I have found his work to be highly-professional, on-time and on-budget."
- Mari McNeil - M&T Bank

"It's hard to forget someone who voiced a register tape machine for you, especially when they did it so well. Certain voice actors have the ability to capture exactly what you're thinking when you write a spot. Peter K. O'Connell does just that. His voice and character range is freakish and he takes direction very well (a skill many actors fail to master). Love working with Peter and look forward to doing so again."
- Greg Bauch - FARM Buffalo

"Peter was amazing! Thanks to his coaching, editing skills, and voice talent, Peter was able to give us an extremely professional production. I highly recommend Peter."
- Adam Pittman - Computerbilities, Inc.

"As owner of an audio post facility I have occasion to cast hundreds of voice talents in a year. During the 20 years of owning my studio I have had nothing but positive experiences with Peter K. O'Connell as a voice actor and announcer. He's always available, has a great attitude, is extremely versatile, and takes direction very well. Highly recommended! A real pro!"
- Shaun M. Mullins - Propellerhead Media

"It's an exceptional pleasure working with Peter. His ability to meet tight deadlines and delivery a quality product are an asset to our projects and essential in the quest for client satisfaction. He is easy to work with, self motivated and takes direction well. He has consistently produced great work on time and on budget."
- Dan T. Hall - Vizmo Films

"If you're looking for the consummate pro for your narration or voiceover project look no further. Peter K. O'Connell has the experience and the versatility to get it done fast and get it done right."
- Terry J. Fisher - Full Circle Studios, LLC.

"Peter is our voice guy! Peter was very easy to work with! Our commercials sounded GREAT!"
- Scott Gaddi - Lenahan Dermatology

"The joy of working with Peter is he will give you exactly the read you're looking for...and 2 or 3 different styles of reads from the same script if you ask him -- all with the ease of a hot knife through butter. Make your life easier, hire Peter K. O'Connell as your voice talent."
- Charlie Cooper - Admix Broadcast Services

"Peter K. O'Connell has been an invaluable resource for our video business. Over the years we have been able to call upon him for his own (excellent and timely ) voiceovers as well as relying upon him to find professional voices in a variety of languages for an international client. He is always the best, and always the first on our list."
- Katherine Lucas - Buffalo Video Production

"Working with Peter was a pleasure. The process was easy, and his responsiveness and ability to 'nail it' made my deadlines happy."
- Chris Santucci - Santucci Cinematographer
Certifications
As a performer, Peter K. O'Connell is certifiable...in a good way.
Associations
Media Communications Association - International (MCA-I)
- International Board Member
The Ad Club of Buffalo
- Past Member
Buffalo/Niagara Sales and Marketing Executives
- Past President
Amherst Chamber of Commerce
- Business Resource Council
Connect 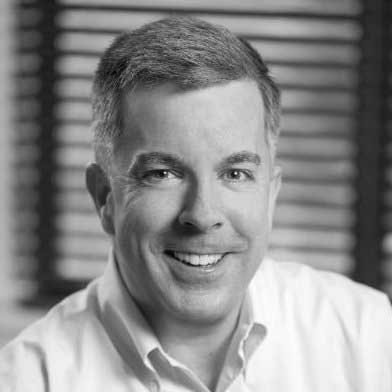 Wait for player to load. Cycle through Demo categories. Click titles to listen.