2016 DAVID I. LEVY COMMUNICATOR OF THE YEAR AWARD

Ed Healy is Vice President of Marketing for Visit Buffalo Niagara where he is responsible for VBN's destination marketing strategy. His responsibilities include overseeing all sales and marketing communications, including the production of an annual visitors guide, web sites, e-newsletters, social media, videos, podcasts and consumer advertising, as well as media and public relations.

During his tenure at VBN, Buffalo has been named one of the National Trust's Dozen Distinctive Destinations, the No. 1 Mid-Size Arts Destination in the United States by American Style Magazine, one of 44 Places to Go by The New York Times and, most recently, one of CNN's 16 Intriguing Things to See and Do in the U.S. in 2016.

He was the executive producer of "Buffalo: America's Best Designed City" and has produced and scripted numerous promotional videos that have been viewed more than one million times on YouTube. He serves on the board of Garden Walk Buffalo Niagara and the marketing committee of the Darwin Martin House.

Ed began his career at the National Hockey League as an editorial assistant and eventually served as editor of Goal Magazine, the NHL's official publication. He then joined the Gannett Newspapers in White Plains, New York where he served as a staff writer for the paper's Sunday magazine and the Arts and Entertainment editor for its southern Connecticut edition. After moving to Buffalo in the early '90s, he joined the Marketing Department of Blue Cross & Blue Shield where he served in a variety of capacities before joining Visit Buffalo Niagara in 2001.

He is an avid photographer whose work has been exhibited at galleries ranging from Buffalo's Studio Hart to Rochester's Visual Studies Workshop to Soho Photo in Manhattan. He had his first solo show at Buffalo's CEPA Gallery in 2005. He is a proud graduate of the English program at the University at Buffalo and the Newhouse School of Public Communications at Syracuse University.

Ed grew up in West Seneca and now lives in North Buffalo with his wife, Karen. He has two adult children, Meg and Dan.

The David I. Levy Communicator Of The Year Award

This award was created to recognize outstanding achievement and service in the communications industry. Nominees should have a distinguished record of achievement over an extended period of time, which includes contributions to his/her company, the industry, and the community 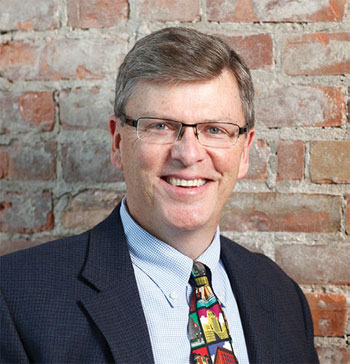