Two things link all of John's work-exceptional storytelling instincts and a meticulous, craftsman-like approach to cinematography. And Buffalo, NY has been the grateful beneficiary of both.

Originally from Olympia Washington, John moved to Buffalo in 2005. Since then, he has made several short films about his adopted home town, including "This Place Matters," "Buffalo: America's Best Designed City," and "Next Things Now: Innovation & Entrepreneurship in Buffalo."

Together, this work has documented a key moment in the city's life. But more than that, his keen outsider's eye has given people-including lifelong residents-a new way to look at and think about Buffalo.

John's currently in the early stages of work on a feature-length documentary about Buffalo. If it's anything like his other films, it's going to make a difference, too.

* For the record, the preferred nomenclature is "tribute artist."

The Alex Osborn Award for Creativity

This award recognizes individuals who, through outstanding creative achievements, have left an indelible mark on the Western New York creative community. A recipient does not have to be an Advertising Club of Buffalo member or work primarily in the advertising arts. The key requirement is that the individual's achievements have helped strengthen the local advertising, graphic arts, and communication disciplines- as well as gained recognition outside of our market. 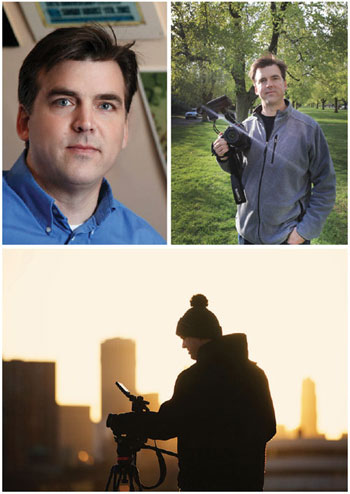